About the SUE Speaks Podcast

How can we change our worldview?

Host Suzanne Taylor created the SUE Speaks podcast, Searching for Unity in Everything, to explore this question. Guests come from a wide range of backgrounds and disciplines, but they all have one thing in common: they’re deep and original thinkers who could change the world. 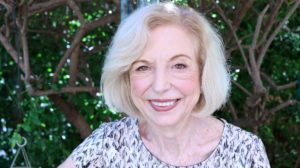 Award-winning filmmaker and TEDx producer Suzanne Taylor focuses on the good of the whole, where we would work together to create the world we want. Suzanne probes physicists, spiritual leaders, a theater curator, social activists, professors, a vegan luminary, wealth managers, medical professionals, publishers, and more, all thought-shapers who can help us become who we could be. We’re in it together and we need conversations as if our lives depended on them because very possibly they do.

Suzanne has been involved with films since she graduated Phi Beta Kappa and summa cum laude from NYU. Starting as an actress, she crossed over to the other side of the camera to make documentaries that point to other intelligence engaging with us, because if that’s what’s happening humanity would have to re-think itself. She’s the Producer/Director of the 2009 feature documentary, What On Earth?, subtitled, Inside the Crop Circle Mystery, which got a good review in The New York Times and she is a crop circle authority on the Ancient Aliens television series. She produced Brother, Can You Spare a Paradigm? or Making the Quantum Leap, the controversial TEDx West Hollywood program that got issues about nonlocal reality into the public eye. As follow-up to presenting TED Talks, she’s working with SUE Speaks, with SUE standing for Searching for Unity in Everything. As the founder of Mighty Companions, a non-profit dedicated to rethinking our worldview, she produces events and projects to awaken and enliven an activist community.

A trip through memory lane with Suzanne:

This letter, from LEONARD COHEN, is how SUZANNE got to be the theme song for Suzanne’s podcast.